“More localised forms of migration now include the growing phenomenon of climate gentrification. People from Phoenix in Arizona — the USA’s fastest warming large city — are relocating or buying up second homes in the cooler climes of the city of Flagstaff. This is only something wealthier classes can afford to do with the added effects of soaring rent and property values that price out lower income groups while those who can’t afford to move are left to endure prolonged and searing temperatures. Meanwhile on the Eastern coast…” Read more

“Like the financial crash of 2008, and the encroaching onslaught of climate change, the Covid-19 pandemic is demonstrative of how everything is interconnected from its spread through the globalized movement of people (to at least 185 countries) to a fatality rate that is deeply dependent on the interplay between environment, politics, science, media, healthcare systems, ICT, social equality etc. We should therefore apply a reasoning that recognizes the systemic and interconnected nature of the virus itself as well as a nuanced understanding to the contexts in which the society-virus relationship is unfolding”

“They are not the first to consider unleashing the virus like this. It was the initial coronavirus-response plan laid out by UK governments. They changed their minds after the Imperial College did a study showing how that approach would lead to much more deaths including through overwhelming the healthcare system leading to additional non-covid deaths for people who cannot get treated”

“…Yet this overlooks the intelligence in emotions, offering a heuristic account of our innermost concerns. The philosopher Robert Solomon, describes (albeit in a paradoxically overly rationalistic manner) how ‘contempt’ is a form of hostility that incorporates “an essential judgement of marked superiority”. The Judge can feel contempt for the defendant but the defendant cannot feel the same towards the Judge. Instead, the defendant must make do with emotions of resentment, or frustration, shame, guilt. Emotions in this example act as markers of the relations of power that the Judge, in this relationship, bears over the defendant. In a similar way, throughout our lives, emotions quickly inform us of where we stand in relation to another, an object, a situation, etc. They are filled with such insight but yet completely absent from society’s practices of informedness. And yet they have been central to how many react to and understand the current pandemic”

Know your ‘justices’ because climate change is the great injustice
by EmGeFox Posted on April 1, 2018

“Climate injustice is caused by inequalities: the most politically, cultur­ally, and economically marginalized communities and nations use vastly less fossil fuel–based energy and bear far less responsibility for creating environmental problems than do wealthier nations and people, who use far more than is needed for a decent quality of life”

Climate change exacerbates existing vulnerabilities and inequalities. While both the poor and the rich can lie in the path of the same hurricane or heatwave it is the poor and the marginalised that have much less at their disposal for fending off the impact and dealing with the consequences (granted many developing countries particularly in Africa have been designated as most likely to suffer severest impacts). Furthermore, while carbon footprints expand the more people… SEE MORE

While I have been quiet here I have been busy elsewhere over at our new site Drunk Tree Society. While the new site still concentrates on a societal focus it is much less theory-laden than much of the stuff here.

There is more to come here however. The next Myths of Our Time post will look at Bourdieu’s stance on autobiographies.

Myths of Our Time 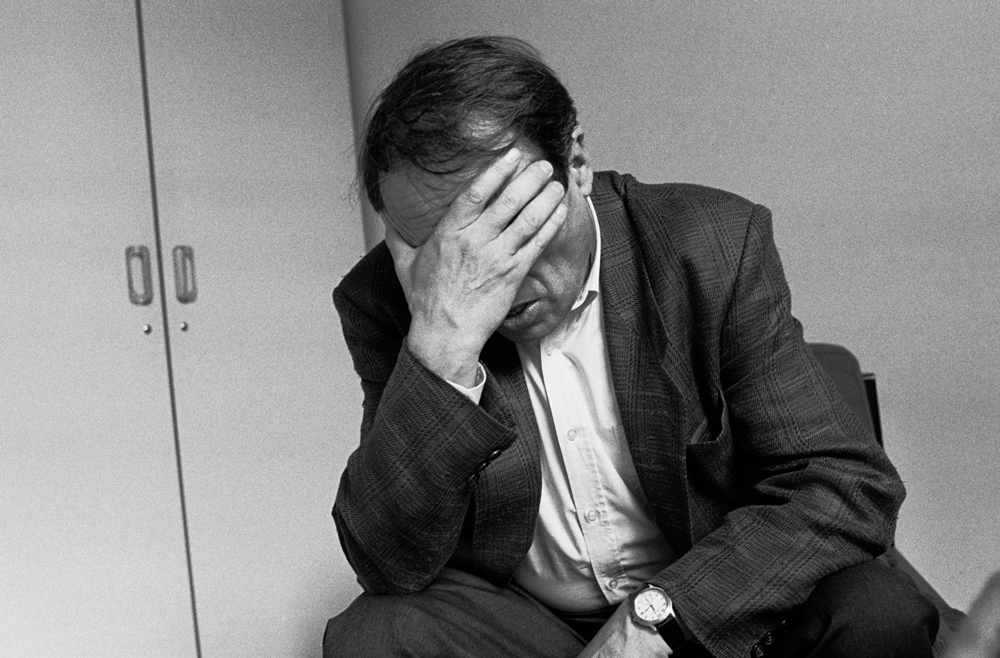 Bottero and Crossley’s (B & C) (2011) article in Cultural Sociology Worlds, Fields and Networks: Becker, Bourdieu and the Structures of Social Relations, argues that because Bourdieu dismisses the causal role for interactions his conceptual model of society is untenable as it is forced to operate linearly with structures forming dispositions and dispositions producing interactions. I have responded to their argument elsewhere (Fox, 2014),stating that Bourdieu’s idea of interactions is that they are in fact anti-dichotomously connected to structure. How the objects of the interaction relate is part of broader societal structures which are re-enacted within the exchange, which itself plays its subtle part in whether interlocutors reject, reproduce, retranslate, etc, the logic of these structures. I don’t intend to enter into that discussion again here. Instead I wish to argue how it is that such misreadings of Bourdieu have emerged in the first place.

The techno-utopian myth has already been deeply problematized by environmental sociology, practice theory studies, science and technology studies and the Risk Society debate. Technological developments do not neatly perform to planned expectations. There are often unforeseen unintended consequences and human beings are not the passive recipients of intervention and innovation that is often assumed.

With automation the techno-utopian dream has clear conflicts up ahead. Self-service checkouts, driverless cars and heavily automated factories and warehouses (such as those used by Amazon) already exist. Moreover the threat to jobs is not just in blue collar sectors. A Japanese insurance firm Fukoku Mutual Life Insurance recently made 34 office employees redundant and replaced them with artificial intelligence software. There have even been robotic developments in surgery that could eventually threaten the value of human surgeons.So what will become of the mass of workers that they are intended to replace?

The question asked in the title is a valid one for the public interest and public debate. How is an economic system that distributes vast amounts of income to citizens through the market value of labour going to contend with the masses whose market value disappears? Who are they then going to sell goods and services to? Will there be a sufficient amount of conspicuous consumption from the remaining elites to keep afloat a market of luxuries while the rest of the public are made destitute?  Will the breakdown in collective action under neoliberalism prevent a public backlash from occurring or when faced with dire impoverishment will the masses rise up in effective numbers? If they do will police and military hold firm  against impoverished millions or will they too be automated and programmed to protect the elite from the unruly mob? I’ll admit that I am pulling most of this stuff out of the sky right now but isn’t it time to ask these questions, especially in regard to the appropriateness of automation for an economic system so heavily dependent on markets and labour-based income.

This extract from Thoughts on the Sociology of Brexit by Will Davies over at the PERCblog provides an alternative take on Brexit and the role of ridicule and condescension that is so often overtly heaped on the culturally and economically marginalized in England:

By the same token, it seems unlikely that those in these regions (or Cornwall or other economically peripheral spaces) would feel ‘grateful’ to the EU for subsidies. Knowing that your business, farm, family or region is dependent on the beneficence of wealthy liberals is unlikely to be a recipe for satisfaction (see James Meek’s recent essay in the London Review of Books on Europhobic farmers who receive vast subsidies from the EU). More bizarrely, it has since emerged that regions with the closest economic ties to the EU in general (and not just of the subsidised variety) were most likely to vote Leave.

While it may be one thing for an investment banker to understand that they ‘benefit from the EU’ in regulatory terms, it is quite another to encourage poor and culturally marginalised people to feel grateful towards the elites that sustain them through handouts, month by month. Resentment develops not in spite of this generosity, but arguably because of it. This isn’t to discredit what the EU does in terms of redistribution, but pointing to handouts is a psychologically and politically naïve basis on which to justify remaining in the EU.

In this context, the slogan ‘take back control’ was a piece of political genius. It worked on every level between the macroeconomic and the psychoanalytic. Think of what it means on an individual level to rediscover control. To be a person without control (for instance to suffer incontinence or a facial tick) is to be the butt of cruel jokes, to be potentially embarrassed in public. It potentially reduces one’s independence. What was so clever about the language of the Leave campaign was that it spoke directly to this feeling of inadequacy and embarrassment, then promised to eradicate it. The promise had nothing to do with economics or policy, but everything to do with the psychological allure of autonomy and self-respect. Farrage’s political strategy was to take seriously communities who’d otherwise been taken for granted for much of the past 50 years.

This doesn’t necessarily have to translate into nationalistic pride or racism (although might well do), but does at the very least mean no longer being laughed at. Those that have ever laughed at ‘chavs’ (such as the millionaire stars of Little Britain) have something to answer for right now, as Rhian E. Jones’Clampdown argued. The willingness of Nigel Farrage to weather the scornful laughter of metropolitan liberals (for instance through his periodic appearances on Have I Got News For You) could equally have made him look brave in the eyes of many potential Leave voters. I can’t help feeling that every smug, liberal, snobbish barb that Ian Hislop threw his way on that increasingly hateful programme was ensuring that revenge would be all the greater, once it arrived. The giggling, from which Boris Johnson also benefited handsomely, needs to stop.

As this version of Brexit indicates it’s not just people’s pockets that can play a part in decision-making (a view that massively oversimplifies human and social complexity) but an array of emotions informing a sense of dignity and related socially-situated perspectives. A similar vibe is apparent among Trump supporters as detected by the work of Arlie Hochschild and in this fascinating piece by a former member of a rural community where Trump support is strong. Inequality and exclusion it would seem are no longer things the liberal cultural elite can afford to ignore, or worse, ridicule.

My Tweets
Myths of Our Time
Create a free website or blog at WordPress.com.